In June of 2001 I went on a hike with this guy I sorta knew.  We climbed Twin Peaks up Big Cottonwood Canyon and ten hours later he dropped me at my front door tired, filthy, cold (there was still snow up there) and feeling like I had known him all my life.  Mount Timpanogus, Bell Canyon, Lisa Falls, Cecret Lake, Zion National Park, Mirror Lake, a few concerts in the park, probably a hundred different climbs and repels, a few movie nights and at least twenty picnics later and by the middle of August we were engaged.
The rest, as they say, is history.
And for family night a few weeks back we decided to introduce our kids to a little bit of it. 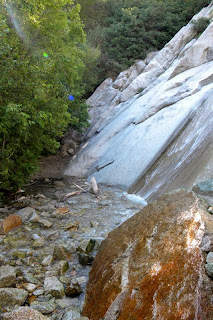 Lisa Falls isn't even really a hike, just a short little jaunt up an unmarked trail a few miles up Little Cottonwood Canyon where some pretty fun times with friends and a few long talks took place.  If you climb up the rocks on the far side of the falls you can sit up on top and look out over a pretty spectacular view.  (The kids will just have to take my word for it - because visions of stitches and concussions kept me from letting them try it out...) 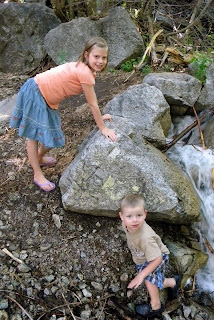 The kids LOVED having a picnic in the shade and then splashing through the stream for a bit. 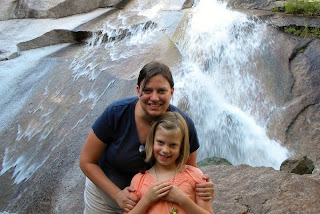 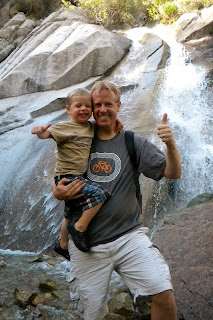 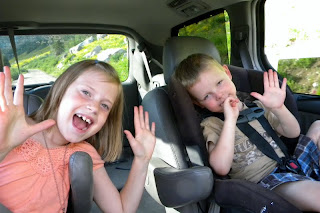 Then we loaded them back into the car and drove up to another favorite place: Albion Basin at the top of the canyon. I remember one perfect Saturday taking the trail up to Cecret Lake with a picnic and a book and spending the whole afternoon on the shore reading together. 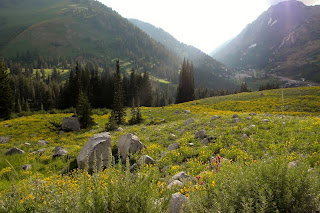 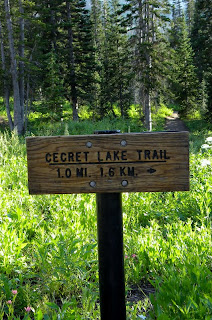 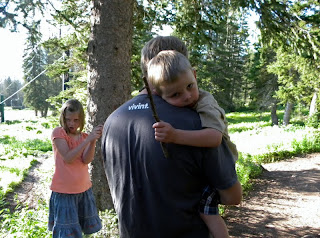 Finding (and practicing with) their magic wands 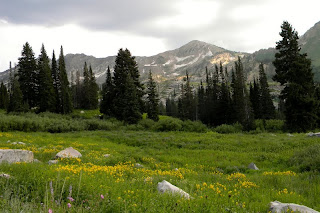 Albion Basin is located at the top of Alta ski resort - where in August of 2001 Cameron and I rode the tram to the top of the mountain and he proposed. 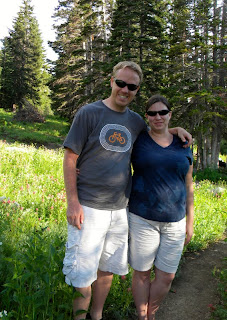 That was a pretty great summer! 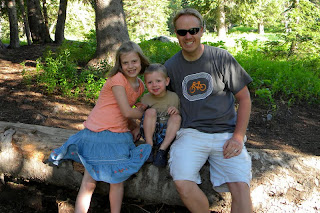 You guys could write a hiking guide book. I love that Olivia did it in a skirt.

All your canyon/camping posts are making me green with envy! i just love those mountains! We need to get together!

We love lisa falls. That is where our engagement photos were taken.