Last week in the garden Cameron used a pair of scissors to cut down the wilted tulip stems and ever since Caleb has been quite fascinated with them. He loves to use one of my many kid pairs to snip up sheets of paper whenever Olivia gets into an art mode and yesterday when I laid him down to change his diaper this is what I found. 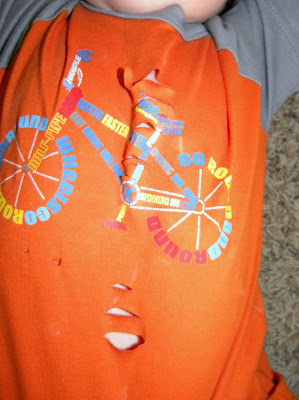 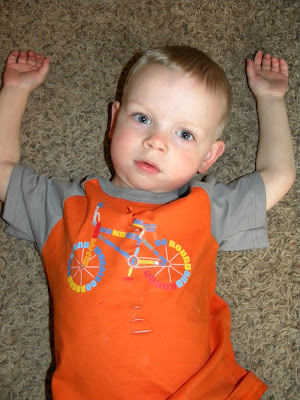 I thought I had hidden all of the scissors. But apparently not and now his awesome new bike shirt from grandma is no more and Caleb is officially grounded from the safety scissors.
Posted by BensonFam at 9:41 PM

oh that is a big fat TURKEY in my book!! Chloe did that last fall and is still in trouble with scissors.

Maybe you should ground Cameron from them too! ;)