The Sun Will Come Out...

At the end of June the Bensons headed to St. George for a weekend. Our main reason for going down was to take Olivia to see "Annie" at Tuacahn. (I love that place...) But we did a lot of other fun things as well. Olivia and Caleb could not have been more thrilled with staying in a hotel. Caleb thought it was the best thing ever when his cousin Wyatt would tackle him on the bed and blow on his tummy. 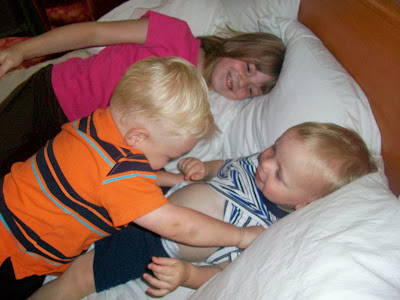 There were lots of pillow fights and wrestling matches of course. 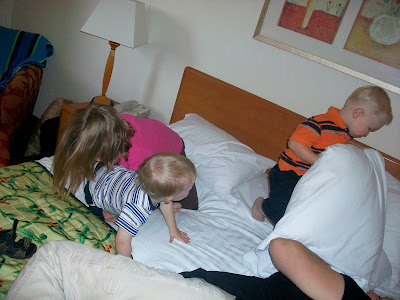 And then later that night Cameron and I and Grandma Carol took Olivia to see Annie. (She was wide eyed for the entire show and thought it was awesome to stay up so late.) 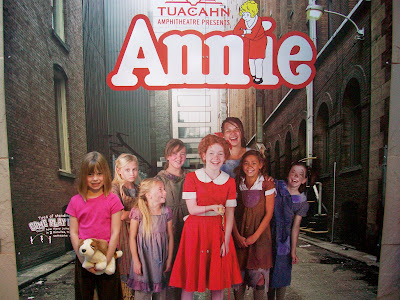 The next day we all drove in to Zion National Park and took the tram up to the base of the Narrows. 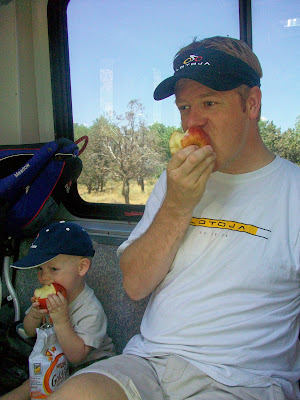 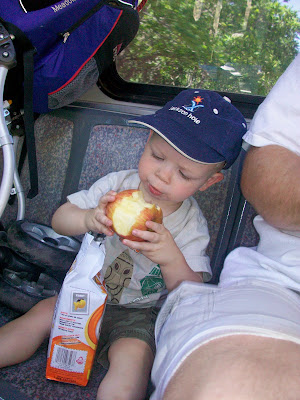 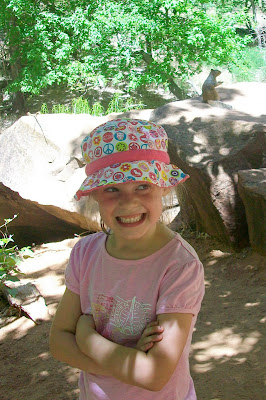 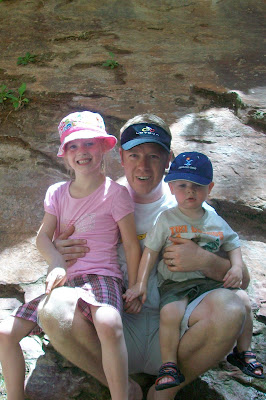 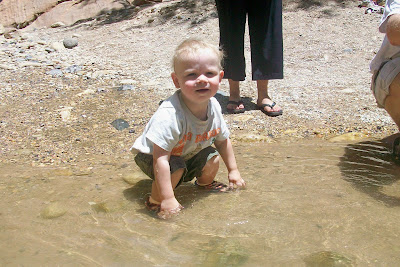 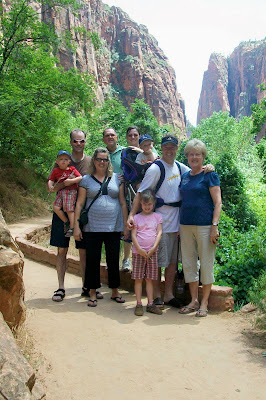 And my tired little hikers afterwards 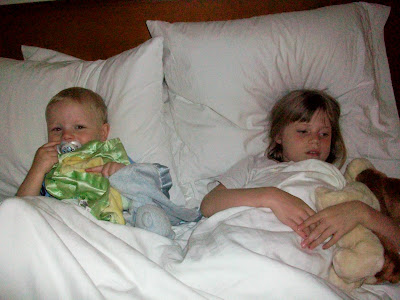 We also visited the St. George temple grounds and visitors center, watched movies, ate icecream, tried new restaurants and spent many hours in the hotel pool.
The kids were great and it was such a nice weekend!
Posted by BensonFam at 1:20 PM