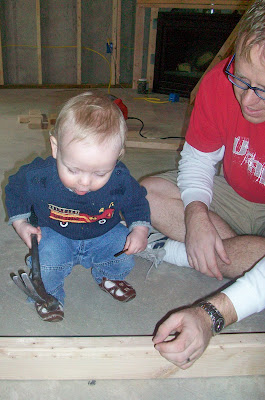 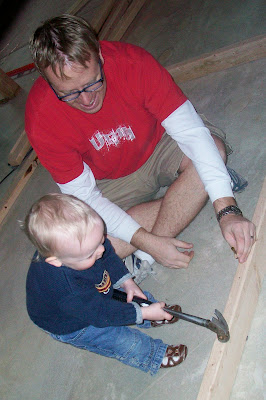 Posted by BensonFam at 8:43 PM

That is so adorable! I simply love those sweet little sneakers!

What a cute little man! cameron is brave to hold a nail while he had a hammer in hand!!