We're getting to the point where my hefty little man is getting too big for the hiking backpack so we thought our best bet for a family night hike would be good old Silver Lake.
We took my sister Andy and her friend Julie, had a picnic and then walked the boardwalk and trail around the lake. It was beautiful! 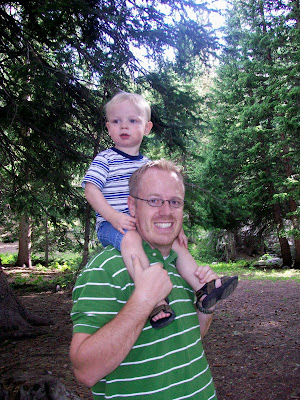 He walked most of the way, but still needed a little lift now and then. 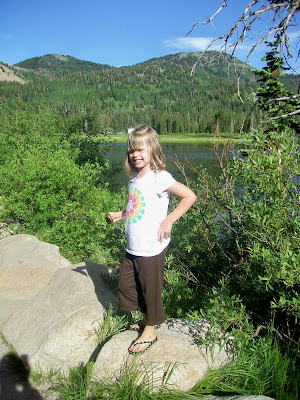 My hiking champion! This girl could go forever - even in flip flops. 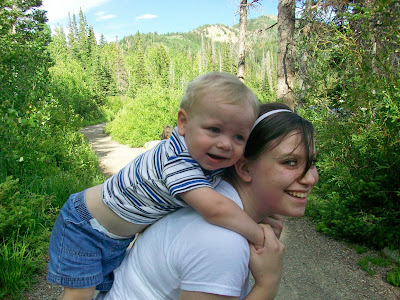 And then after awhile he'd reeeeally want to get down again and go trotting off down the trail after his sister.
*******************************
The second week of July we took off to the cabin. I won't post too many pictures, because we've been there many, many times in the past so all of the great views are somewhere to be found on the blog already. But, once again, the cabin was a hit! 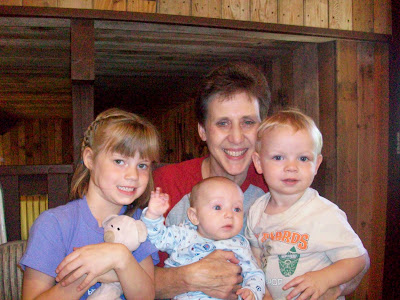 The Siegel grandkids - Livvy, Caleb and Colby - with their one in a million grandma 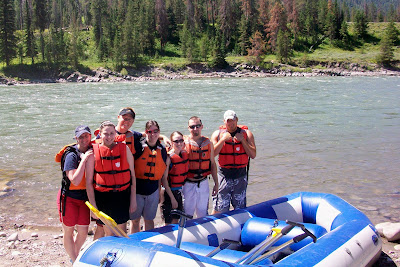 The highlight for me was the river trip - it's been a long time (between back problems, a newborn or being pregnant) since I've been able to go. The rapids were HUGE this year, and for some reason the boat we rented lacked the safety rope running around the outside of it (which made it a little difficult to fish Andy and Cameron back in when they were bounced overboard.) But it was great fun! 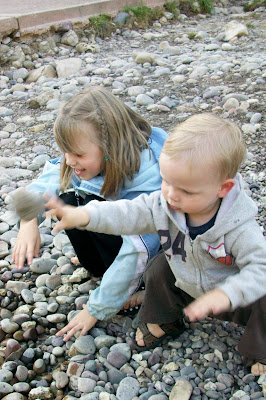 Many hours were spent down at the Snake River and this is what Caleb did for almost all of them. I sat him down in a pile of rocks a few feet from the water and one by one he chucked them in. When he'd cleared the area around him of rocks he'd scoot over to a new area and begin again. Endless entertainment! 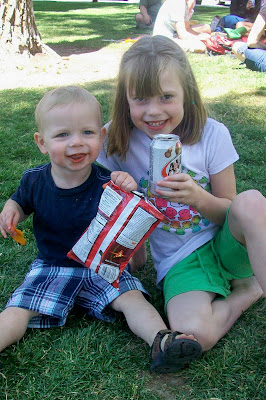 We left all of the lazy teenagers at the cabin one day and my parents, sister Megan, brother Adam, sister in law Ashley, nephew Colby, Cameron and the kids and I headed to Jackson Hole.
We had a picnic on the lawn of the town park, hit a few gift shops, had some Haagen Daz and headed back. It was the perfect little day trip. 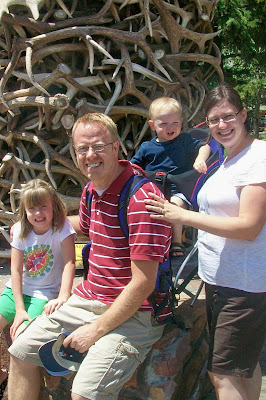 Can't go to Jackson without getting a family picture in front of the antler archway... (Don't you just love the look on Caleb's face?)
HOORAY CABIN!
Posted by BensonFam at 4:16 PM

This post is really leaving me with a craving for the outdoors! I hope we can get one more little outing in before school starts!